Skip Menu
** CLICK HERE FOR OUR SAFETY GUIDELINES REGARDING THE CORONAVIRUS **

Call Today for a Free Consultation 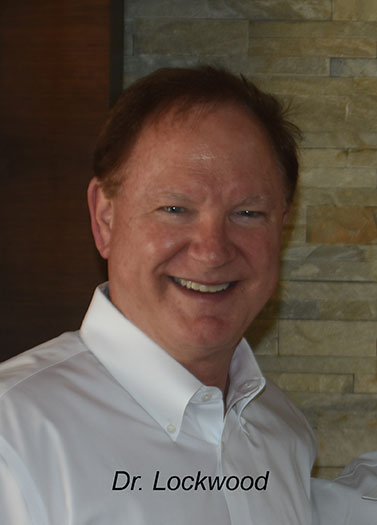 Dr. Stephen E. Lockwood attended from Oral Roberts University, School of Dentistry and joined the AGD and ADA as a student in 1982 and after earning his DMD (’84) degree he attended a one-year GPR program at Loma Linda VA Hospital. After a three-year associateship he opened his private practice in La Jolla, CA (’89) where he currently practices comprehensive dentistry with an emphasis in Cosmetic Dentistry, Orthodontics, and Implant Dentistry. In 2017, he merged his practice with Dr. Stephen Eskeland where they are now partners of Regents Dental Group. Both doctors have earned their Mastership with the Academy of General Dentistry (AGD).

Having earned his Fellowship (’88), Mastership (’03), and Lifelong Service & Recognition (LLSR ’11) through the AGD, Dr. Lockwood attended the Implant Maxi-course at LLU and earned his Associate Fellowship with the American Academy of Implant Dentistry (AAID) the following year (’11). In 2018, he was selected by the American College of Dentists as a Fellow.

During this time he served as San Diego component (SDAGD) President and California AGD President. Dr. Lockwood was the LAC Chairman for the San Diego, 2011 AGD Annual Meeting and as Regional Director (region 13, California) for AGD from 2012- 2017, and chaired the 2016 AGD Leadership Development Symposium. He is active with his local dental society and has served as a board member (SDCDS) and CDA delegate. He worked with the local foundation (SDDHF) in opening a new dental clinic on the Veteran’s Village of San Diego campus. He continues volunteering as a part-time faculty member of the UCSD School of Medicine, Dept. of Family and Preventive Medicine. His wife Juli is a history professor and they sing in their church choir and Stephen plays trumpet, as well. Their children have all completed their college studies: Stephen Joseph (UCSD ’11), Juliana (USD ’15), and Victoria (CU, Boulder ’16). In recent years he has played trumpet and wrote the “AGD Fanfare” for the AGD Convocation Ceremony. In his spare time he is the principal trumpeter for the Coronado Concert Band which plays five concerts a year for the community.

Regents Dental Group is one of San Diego's most experienced group of well-respected general, periodontal and cosmetic dentists. For over 20 years, our friendly staff has been committed to helping improve oral hygiene and aesthetics in order to enhance patient health and appearance.